Island foxes (Urocyon littoralis) are a species of conservation concern that occur on six of the Channel Islands off the coast of southern California. We analysed island fox diet on San Nicolas Island during 2006–12 to assess the influence of the removal of feral cats (Felis catus) on the food use by foxes. Our objective was to determine whether fox diet patterns shifted in response to the cat removal conducted during 2009–10, thus indicating that cats were competing with foxes for food items. We also examined the influence of annual precipitation patterns and fox abundance on fox diet. On the basis of an analysis of 1975 fox scats, use of vertebrate prey – deer mice (Peromyscus maniculatus), birds, and lizards – increased significantly during and after the complete removal of cats (n = 66) from the island. Deer mouse abundance increased markedly during and after cat removal and use of mice by foxes was significantly related to mouse abundance. The increase in mice and shift in item use by the foxes was consistent with a reduction in exploitative competition associated with the cat removal. However, fox abundance declined markedly coincident with the removal of cats and deer mouse abundance was negatively related to fox numbers. Also, annual precipitation increased markedly during and after cat removal and deer mouse abundance closely tracked precipitation. Thus, our results indicate that other confounding factors, particularly precipitation, may have had a greater influence on fox diet patterns.
Posted by Jorge at 11:42 No comments: 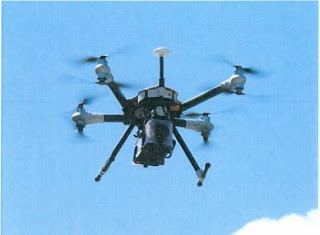 At least eight threatened wildlife species are at direct risk from predation by cats (Felis catus) on Christmas Island (Director of National Parks. 2014. Christmas Island biodiversity conservation plan. Canberra. Australia: Department of the Environment.). A range of strategies are now being used to manage cats across the island, including responsible ownership methods for domestic cats and lethal control tools to remove feral cats outside the township area. Unmanned aerial vehicles (UAVs) were used to drop non-toxic baits through the rainforest canopy to assess whether aerial baiting could be undertaken successfully on the island. Ground crews located 88% of baits, indicating that sufficient baits would be accessible to feral cats if broad-scale aerial baiting was to be undertaken in the future.
Posted by Jorge at 11:19 No comments:

Dogs, catas and the fear of pest rodents

Using domestic predators such as cats to control rodent pest problems around farms and homesteads is common across the world. However, practical scientific evidence on the impact of such biological control in agricultural settings is often lacking. We tested whether the presence of domestic cats and/or dogs in rural homesteads would affect the foraging behaviour of pest rodents. We estimated giving up densities (GUDs) from established feeding patches and estimated relative rodent activity using tracking tiles at 40 homesteads across four agricultural communities. We found that the presence of cats and dogs at the same homestead significantly reduced activity and increased GUDs (i.e. increased perception of foraging cost) of pest rodent species. However, if only cats or dogs alone were present at the homestead there was no observed difference in rodent foraging activity in comparison to homesteads with no cats or dogs. Our results suggest that pest rodent activity can be discouraged through the presence of domestic predators. When different types of predator are present together they likely create a heightened landscape of fear for foraging rodents.
Posted by Jorge at 11:24 No comments: