Domestic (‘private’) gardens constitute a substantial proportion of ‘green space’ in urban areas and hence are of potential significance for the maintenance of biodiversity in such areas. However, the size and nature of this resource and its associated features are poorly known. In this study, we provide the first detailed audit, using domestic gardens in the city of Sheffield as a model study system. Domestic gardens, the mean area of which was 151 m2, cover approximately 33 km2 or 23% of the predominantly urban area of the city. The smaller gardens contribute disproportionately to this total because, although individually they add little, they are large in number. Conversely, the regions of the city with proportionately more garden area contribute most to the total garden area of the city, although such regions are limited in number. Based on the findings of a telephone based survey, 14.4% of dwellings with gardens were estimated to have ponds, 26% to have nest-boxes, 29% to have compost heaps, 48% to hold trees more than 3 m tall, and 14% of dwellings were estimated to be home to one or more cats. Whilst the absolute frequency of these features is low to moderate, by extrapolation they nonetheless yield estimates for domestic gardens in Sheffield of a total of 25,200 ponds, 45,500 nest boxes, 50,750 compost heaps, 360,000 trees, and a population of 52,000 domestic cats. These results are considered in the context of the role of gardens in urban areas as habitats for wildlife and the implications for housing policy.
Posted by Jorge at 21:04 No comments:

The mesopredator release hypothesis (MRH) has been suggested as a reason why many mammalian generalist mesopredators flourish and become abundant. However, the MRH has only been examined in a limited number of field studies. Some studies have argued that coyotes (Canis latrans) act as top predators in fragmented forest systems and coyote presence has a positive effect on song bird diversity and abundance by controlling mesopredator abundance. We integrated camera trap data and occupancy modeling to determine the factors that affect coyote detection probability and habitat use in a fragmented suburban landscape in central Missouri. We then examined the influence of coyote presence and other habitat variables on mesopredator detection probability and habitat use in the same system. Coyote detection was negatively related to increasing forest cover, whereas red fox (Vulpes vulpes) detection was positively related to increasing urbanization. Coyote occurrence models suggested little habitat selection, while the mesopredator occurrence models suggested an affinity for urbanization. Although there was a slight negative effect of coyote presence on site use by other mesopredators, we suggest that the smaller species are better adapted to coexisting with humans and thus have increased in abundance.
Posted by Jorge at 09:47 No comments:

Prioritizing mammal eradication actions on islands: it's not all or nothing

Conflict of wildcat conservation in Scotland

This article takes the case of Scottish wildcats, threatened with extinction through hybridisation with feral domestic cats, as a site for exploring what it means to conserve a species as such. To this end, the article looks at the practices associated with conserving Scottish wildcats as defined by a definite phenotypical, morphological and/or genetic type, abstracted from indefinite, fleshy organisms emplaced and entangled within changing ecologies. The article describes the biopolitical work of taxonomically distinguishing wildcats (Felis silvestris) from domestic cats (Felis catus) and their hybrids, exploring the challenges presented to this work by the disorderly agencies of wild-living cats. It then outlines and reflects on the proposed captive breeding programme aimed at preserving the ‘pure’ Scottish wildcat sub-species type. This case highlights the ways in which species-based conservation can conflict with care for individual animals as well as with life’s immanent, generative tendencies.

The origin and evolution of the domestic dog remains a controversial question for the scientific community, with basic aspects such as the place and date of origin, and the number of times dogs were domesticated, open to dispute. Using whole genome sequences from a total of 58 canids (12 gray wolves, 27 primitive dogs from Asia and Africa, and a collection of 19 diverse breeds from across the world), we find that dogs from southern East Asia have significantly higher genetic diversity compared to other populations, and are the most basal group relating to gray wolves, indicating an ancient origin of domestic dogs in southern East Asia 33 000 years ago. 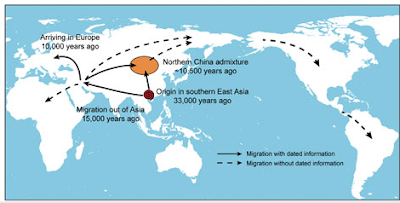 Around 15 000 years ago, a subset of ancestral dogs started migrating to the Middle East, Africa and Europe, arriving in Europe at about 10 000 years ago. One of the out of Asia lineages also migrated back to the east, creating a series of admixed populations with the endemic Asian lineages in northern China before migrating to the New World. For the first time, our study unravels an extraordinary journey that the domestic dog has traveled on earth.

Effective conservation management requires an understanding of the source and direction of the many interactions that occur within ecological communities. Without this understanding, management interventions such as control or eradication of introduced species can have unexpected and undesirable outcomes. One of the challenges for wildlife managers is to garner relevant information for their site of management. In this paper we describe how images of mammals captured on remote cameras can be used to uncover behavioral interactions that can in turn help to identify and prioritize areas for more explicit research or management. Our cameras were set repeatedly at four sites over three years in Tasmania, Australia, and we used a series of generalized linear mixed models to interpret relative changes in count data of three species of small mammals: the introduced black rat Rattus rattus, and the native long-tailed mouse Pseudomys higginsi and swamp rat Rattus lutreolus velutinus. We also included two potential predators, the introduced feral cat Felis catus and the native Tasmanian devil Sarcophilus harrisii. We found that counts of the two species of native small mammals were correlated positively with each other, that swamp rats had a negative effect on black rats, and that black rats had a negative effect on the long-tailed mouse. Devils were important effects in most small mammal models. Despite their effect probably being underestimated by the remote camera survey method, feral cats were included in models for the long-tailed mouse. On the basis of the inclusion of native and both species of introduced mammals in long-tailed mouse models, we propose that the long-tailed mouse is a priority for further research. This research should clarify the competitive dominance and predatory pressure exerted by the black rat and feral cat, respectively, on this species, and also the potential for management of either introduced species to increase the impact of the other. We conclude that remote cameras can help to uncover cryptic or unsuspected interactions within ecological communities, and hence provide an informed basis for developing targeted research questions to increase the effectiveness of wildlife management.
Posted by Jorge at 08:19 No comments:

Roaming pet cats kill and harass wildlife, hybridise with wild felids, interbreed with feral populations, spread disease or annoy neighbours, and endanger their own welfare by fighting, being struck by vehicles or ingesting poisons. Confinement of pet cats is unpopular, so alternative methods to curb roaming behaviour would benefit wildlife conservation and pet wellbeing. Some owners whose cats participated in previous trials testing the effectiveness of the collar-mounted predation deterrents the CatBib and the Birdsbesafe collar cover (BBS) in reducing predation by pet cats reported that their cats stayed closer to home when wearing the devices. Therefore we tested whether these devices might curb roaming behaviour of pet cats as an alternative to confinement.

Thirty cats participated. Trials occurred in spring and autumn in Perth, Western Australia (southern hemisphere spring–autumn). Cats wore GPS collars for 10 consecutive days, wearing the GPS collar alone for five days and wearing either a CatBib (16 cats) or BBS (14 cats) as well for a further five days. Treatment order was determined randomly for each cat. We represented cats' home ranges with 95% kernel density estimates (KDE) (100% minimum convex polygon (MCP) provided for comparison with other studies) and 50% KDE (core home range). We also used data for all cats when not wearing either predation deterrent, plus data on a further four cats, to determine the relative effect of sex, age, night confinement, housing density, number of days of rain, total rainfall, and mean maximum temperature on both estimates of home range size.

Owners may use a CatBib or BBS to curtail their cat's hunting behaviour, but curtailing roaming behaviour needs another solution. Confinement, although unpopular, remains the most effective option where unwanted roaming is a problem.
Posted by Jorge at 23:31 No comments:

Negative impacts of some introduced carnivores like feral cats are well documented, widespread, and significant. Comparatively, the effects of feral dogs (individuals that are not associated with people or human settlements) on native wildlife are poorly known, even though feral dogs occur worldwide. We assessed the density of feral dogs and compared relative abundance, activity patterns and habitat use of 10 species of mammals in areas with and without feral dogs in Cayambe-Coca National Park in the northern Ecuadorian Andes using line transect surveys, camera traps, and track and sign surveys. In areas where feral dogs were present, four native mammals were absent: mountain coati (Nasuella olivacea), mountain paca (Cuniculus taczanowskii), long-tailed weasel (Mustela frenata), and northern pudu (Pudu mephistophiles). Relative abundances of six species were lower compared to areas without feral dogs: puma (Puma concolor), Andean fox (Lycalopex culpaeus), Andean bear (Tremarctos ornatus), striped hog-nosed skunk (Conepatus semistriatus), mountain tapir (Tapirus pinchaque), and little red brocket deer (Mazama rufina). Three species significantly altered activity patterns where feral dogs were present (Andean bear, mountain tapir, and little red brocket deer). In contrast, none of the native mammal species exhibited shifts in habitat use in areas with feral dogs. Dogs used all habitat types according to availability. Our results point to feral dogs as a significant problem for the native mammal community of this Andean region, and highlight the need to consider feral dogs as a potential threat to wildlife in other regions where anthropogenic effects appear to be low but feral dogs are present, particularly natural areas that contain endangered and endemic species.
Posted by Jorge at 10:50 No comments:

Movement and diet of domestic cats on Stewart Island/Rakiura, NZ

Domestic cats (Felis catus) in Halfmoon Bay, Stewart Island/Rakiura, were tracked to assess the
potential for incursions into native forest around the township, and into Rakiura National Park c. 5 km away.
During February and April 2005, 15 and 4 radio-collared cats were tracked, respectively. During a six-month period, cat-owners logged prey brought home by 11 cats. Cats were at home >90% of the time. Of the six cats that left home, movements were small: home range was between 0.05 and 16.6 ha (100% minimum convex polygon). Four cats brought prey home, comprising rats (Rattus spp.; 67% of prey items), and birds (four species, one native; 33%). Cats sampled at Halfmoon Bay were unlikely to enter the national park; however, many locations were within native forest patches, indicating that native birds within Halfmoon Bay were vulnerable to predation. The high proportion of rats caught could have benefits for native species.
Posted by Jorge at 21:18 No comments:

Potential use of attractants for feral cats

Acalypha indica is a herb that grows throughout the tropical regions of the world. As well as being exploited for medicinal use, the roots of this plant are known to elicit a drug-like effect on cats. Recent research into feral cat control on Christmas Island has investigated whether a preparation of the roots of A. indica might be effective in traps to attract feral cats. However, the volatile nature of the attractants made it unviable for use in traps for more than a few days. In this study we investigated the volatile components emitted by the plant roots and identified two iridoid compounds, (4R,4aR,7S,7aR)-isodihydronepetalactone and (4R,4aS,7S,7aR)-isoiridomyrmecin, which are known to affect behavioural activity in cats. Synthesis of standards confirmed the stereochemistry of both compounds emitted by the plant. Potential application for these compounds in feral cat control is discussed.
Posted by Jorge at 08:10 No comments: